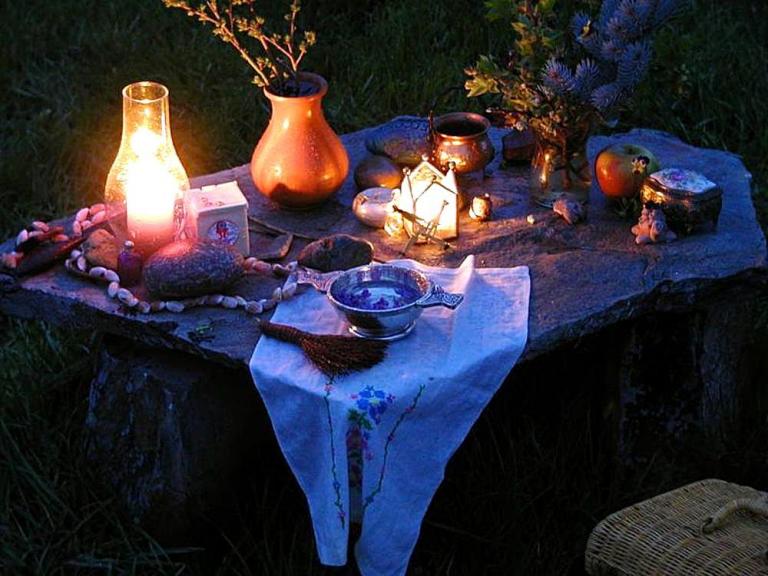 “Who the hell is Lisa Chamberlain?”

Corvus looked up from scrolling. Ever the attentive friend, she’s been closely monitoring my new book’s progress on Amazon. As it’s gotten closer to the release date, she’s become very familiar with the top 100 charts in “Wicca” and “Witchcraft” on the site.

“No, seriously,” she said. “I’m looking at the bestsellers in Wicca, and I don’t know any of these authors. Have you read Lisa Lister?”

“No, but I know what book you’re talking about. It’s all over Instagram right now.”

“How about Shawn Robbins? She’s got two books in the top ten right now, and all her bio says is that she’s a psychic, paranormal researcher. Dude, Lisa Chamberlain has, like, a dozen tiny books. And she writes about Heathenism and runes too?”

We spend several minutes like this, with Corvus asking me if I’ve heard of so-and-so and me going, “Nope.”

Maybe we’re just old. This is usually how I feel when my tenth graders make me classroom playlists and all I hear is autotune and synths. I still think of myself as young and cool, but since becoming a teacher I know that this is, in fact, untrue. We’re closer to forty than thirty, and our favorite books about Wicca and witchcraft came out mostly in the seventies and eighties. Hey, it was bound to happen.

But there’s something else going on here, and I don’t think it’s just us and our inexorable senescence. On closer inspection, we find that these top-selling books (which are everywhere on Instagram, with their cute hard covers and embossed titles, accented by triangle-shaped crystal shelves and smudge sticks held by perfectly manicured, young hands) aren’t even with publishers that we know. There’s no Llewellyn or Weiser here. Not even HarperCollins or the other massive publishing houses that sometimes release New Age and Pagan titles. Certainly not Schiffer, Troy, Three Hands, Aeon, or the dozen other specialty presses that make up the bulk of the shelves at most witchcraft stores and festival booths.

No really. What’s going on?

Pieces are falling into place in my head, and have been for the last year or two. Just last summer, an old high school friend reached out to me, raving about a witchcraft retreat she attended with someone named Veronica Varlow, the “Love Witch.” A quick scan of her website, and her thousands of social media followers, reveals a witchcraft that is feminist, rooted in self-empowerment, with a strong entrepreneurial streak that encourages women to be “boss witches” and hustle to make their best lives a reality. And, hey, I can get on board with a lot of this. Following this Internet rabbit hole, I find a dozen other women (all with books, courses, or some such) asking me to “join the tribe” and “reclaim [my] power.”

Is it witchcraft? I don’t know. I’m not on the inside, and I make it my personal policy not to make sweeping statements about what the Craft is and is not. I’ve seen too much variety in my life to be at all confident doing that.

But I will say this: if it’s witchcraft, it doesn’t look like what I do. It doesn’t look like what I see at festivals, open circles, and in our media. I also notice that these authors aren’t speaking at witch stores or giving workshops at Pagan events. They’re not participating in the same communities online. They’ve got their own thing going, and I think that’s hugely significant because here’s the thing: they’re everywhere. What I’ve called “aesthetic witchcraft” in jest in the past is a real thing, and it’s dominating social media right now, especially Instagram. When people think of witches, this is what they’re envisioning right now.

I don’t know how to feel. Part of me wants to see people in my own communities profiting in this way. What if a Weiser or Llewellyn author could get this kind of publicity? What if Free Spirit Gathering or Starwood or PantheaCon could command admission prices closer to $800 than $200? What if people read Patheos at the rate that they read Lisa Chamberlain pamphlets?

The practitioner in me is definitely confused, and perhaps a little envious (the writer in me sure as hell is). The religious studies scholar in me thinks that some graduate student somewhere is missing out on a great paper topic. Somebody at The Pomegranate needs to get on this (and drop me a line…you can have my notes). The ethnographer wants to document and explore and explain, because this clearly comes from a place and warrants real examination. But whatever is happening, it’s impacting more than our Instagram feeds.